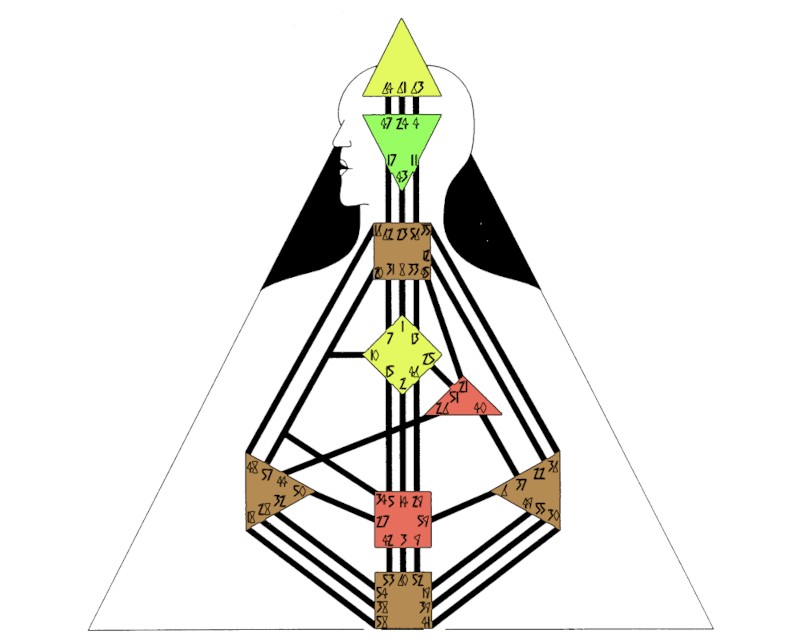 The channels in your Human Design body graphic are associated with the three major circuits. Channels are the 36 connections between the centers. They represent the life forces that consistently work for you when the connections are colored black or red. Don’t worry if you don’t have many channels colored, or like me, no single defined channel. It doesn’t mean that you are missing something in life or that it is otherwise negative for you. You experience life in a different way when you have less defined channels. Each of the large circuits is further subdivided into smaller circuits. I don’t want to go into this further here, because it would otherwise become too complex. In the post, I want to give you an overview of how circuits work in general and what that means for you, as well as for us as a society. 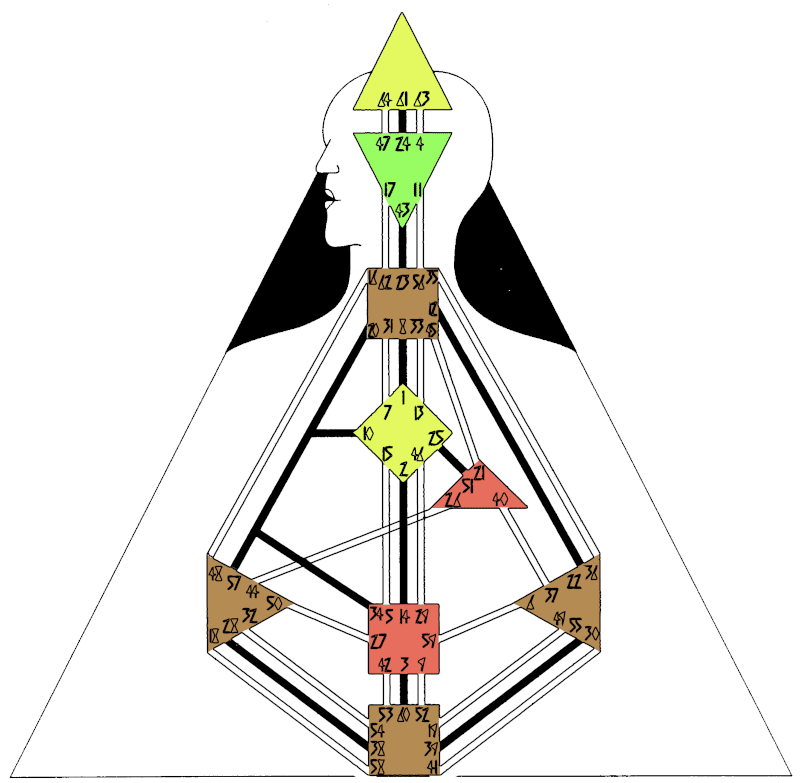 This circuit is all about one’s own individuality. In the graphic you can see which channels belong to the individual circuit. If you have defined a channel here, you have an individual ability that you express in your life. These skills have the theme of reinforcement. Not only to empower yourself, but also to empower others in their individual expression. All individual channels also bring the issue of mutation. New inventions or discoveries always come from the individual circuit and may initially cause outrage to others. This is an important task of these channels. If you have many channels in the circuit of individuality, you will always have the tendency or desire to want to be alone. You won’t always feel comfortable in groups. It’s a natural state for you to explore the world on your own. Of course, I want to mention here that it’s important to always look at your whole graph. You are not just the channels from a circuit, but always the whole body graphic and everything is interconnected. 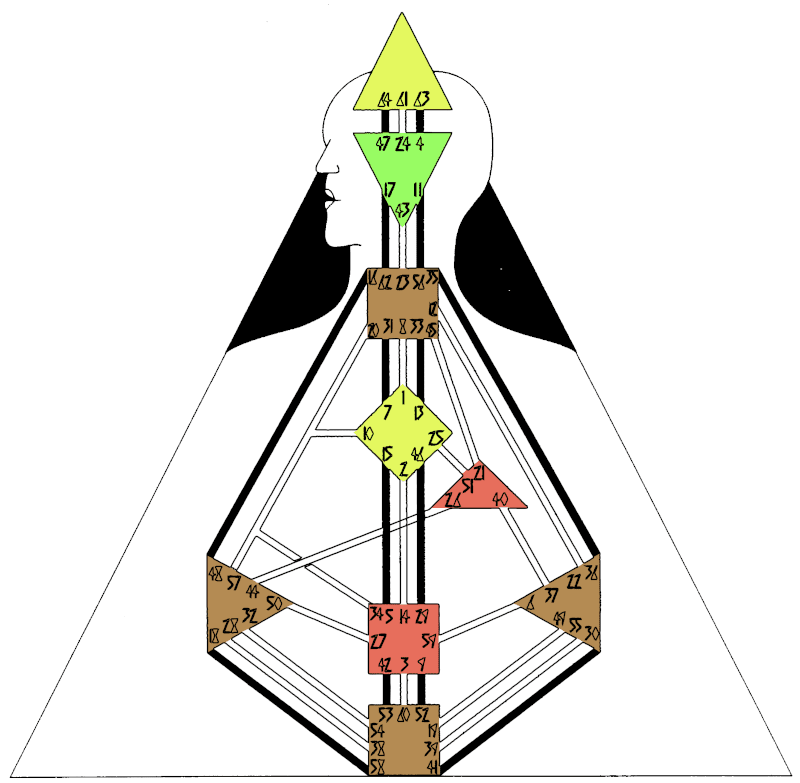 This is really about the big picture, such as a nation or, on a larger scale, about humanity itself. This circuit from Human Design is about gaining experience in life and to also analyze, repeat and improve existing patterns. The theme in this circuit is to share lessons learned. This is also where the theme of homogenization comes from, that all people are equal and are only viewed from the perspective of the collective. Homogenization, of course, also brings many benefits to our civilization. For example, building a common power grid, allowing electricity to be shared with everyone everywhere. Over time, this has raised the general standard in our world globally. If you possess many skills in this circuit, you have the potential to experience and learn things and then share your findings with the general public. It doesn’t always have to be with all of humanity right now. Instagram is a prime example of this because we are constantly sharing things here. It is still important to know that after sharing, your task is done and whether something comes out of it or not is then out of your hands. 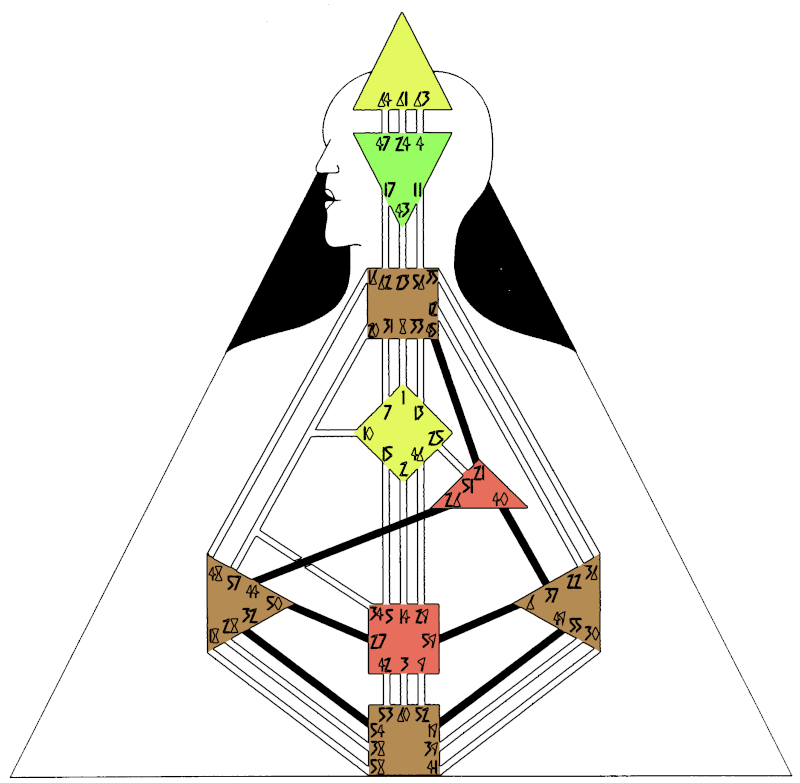 The third Human Design circuit is about the tribe. The smallest version of a tribe is a partnership between two people and on a larger scale it is the community in a village. At what size a tribe becomes a collective, I can not say in general terms. The theme of the tribe is to support others. Another important aspect is the issue of survival. We support each other in order to survive. From the tribe also come all religions and rituals, especially those in which offerings are made to appease gods. Without the quality of the tribe, we would have died out as humanity a long time ago, because survival in a group is much easier than single person. Now, if you have many channels in this circuit, your family and friends will be very important to you. So all the people who belong to your tribe. Eating together and other group activities are very important to you. For me as a reflector it is always exciting to meet tribal beings, because at the beginning, when they don’t know me yet and I am not part of their tribe, they always treat me rather dismissively. There is also something exclusionary about the tribe. Once the person has accepted me into their tribe, they begin to open up to me and begin to show their true nature. After that, I have experienced an incredible amount of support from such people and have become quite loving friends. But first I had to become part of the tribe.

Each circuit has its very own task and they are also closely related in human design. The circuits also point out why some people don’t get along so well at first, and why the other person behaves strangely from their point of view. This is due to the lack of understanding of the other being and it is also okay if these two people are not best friends right away. A very individual person does not have the same interests as a person with many tribal channels and they cannot understand why the other person is so different without understanding and knowing about the other person. Tribal people are to start something at a distance and do not show themselves completely and with time plus trust they begin to open up. Individuals want and need time alone and don’t always feel very comfortable in large groups. There are worlds between individuality and tribe. Both are important in their own way and play a crucial role in the development of humanity.

For the evolution of mankind, all 3 circuits in Human Design are equally important. The individual circuit discovers something new that has never existed before and hands that over to the collective circuit. Whether the new one is implemented or not is not up to the individual. Ideally, he shouldn’t care at all and do his thing. If the collective circuit considers the new as something meaningful, it starts to share it in the collective. This is the moment when a mutation takes place. This change is not always easy and can also meet a lot of resistance. Especially the tribe does not want any change because it could jeopardize survival. The tribe likes to live by the motto, “We do it this way because we’ve always done it this way.” Here the new is put again on the test stand and if the tribe regards it as meaningful it is taken up quasi into the tribe rules with and the before mentioned slogan is also directly applied to the innovation. Then another individual comes along with an innovation and the process starts all over again. Thus we have a continuous change in life, but for which from discovery to introduction can take a long time.

The circuits in Human Design have a strong coloring on the individual channels and thus the capabilities that come from them. Also, it is nice to see through the circuits which way new findings have to go until they are established. In addition, it helps in interpersonal relationships to get a better understanding of his counterpart. 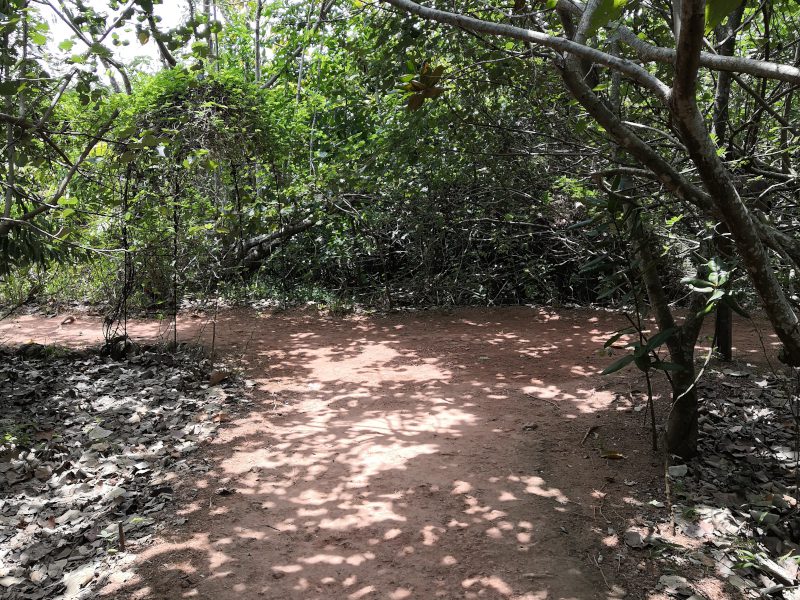 Human Design is a unique system that helps us make the correct decisions for us in life. 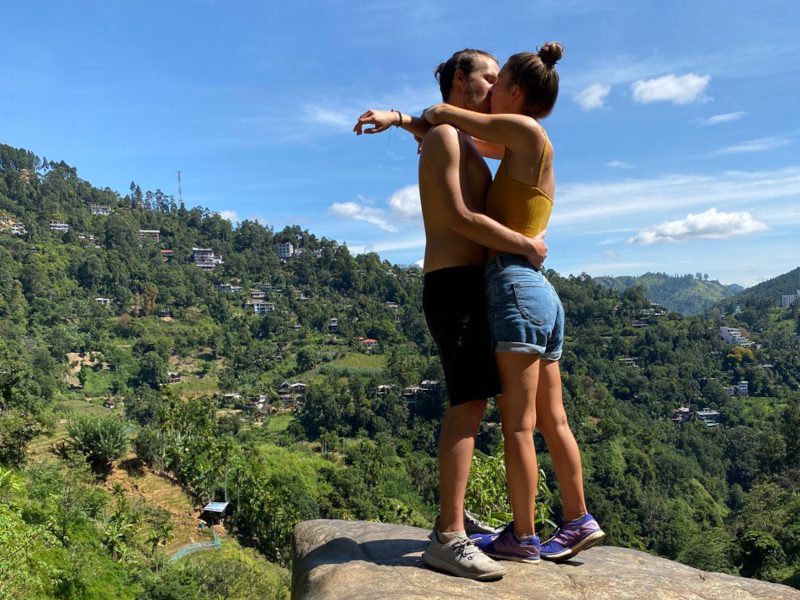 Human Design helps you understand what is happening between you and your partner. On our 1 month trip this helped us a lot. 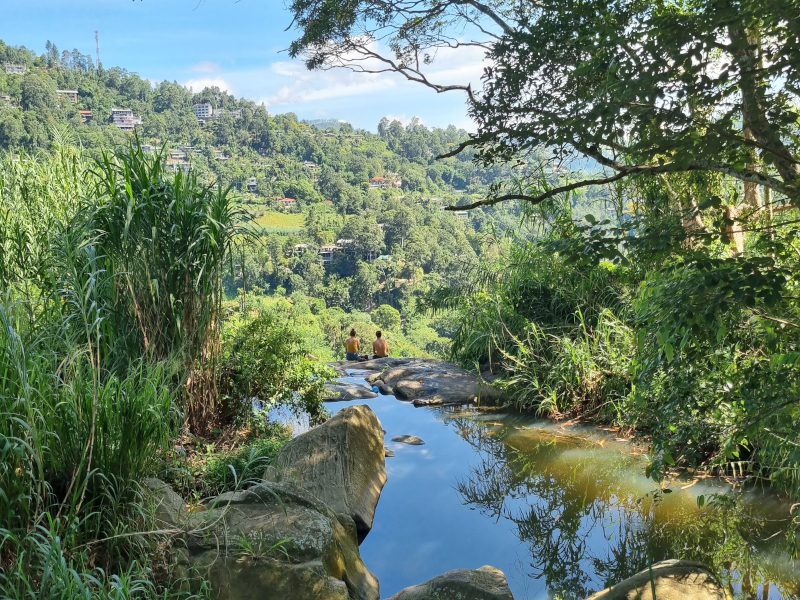 Human design can be extremely helpful in partnership. You can learn more in this blog post about my experience. 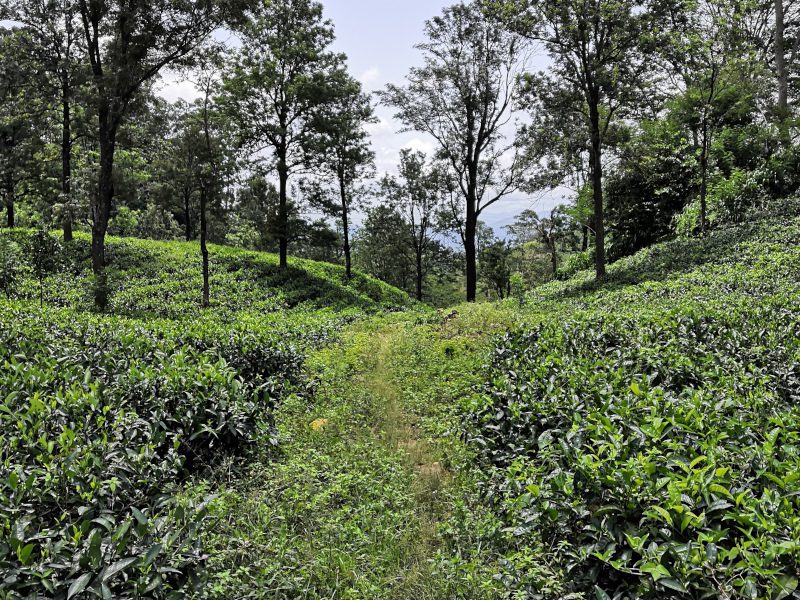 Human design challenges us to take responsibility for our own lives and to live an authentic life according to our design.

We use cookies on our website to provide you with the most relevant experience by remembering your preferences and repeat visits. By clicking "Accept All", you consent to the use of ALL cookies. However, you can visit the "Cookie Settings" to give controlled consent.
SettingsAccept All
Manage consent